"Good grief, I love this series!"

Tortured by a power-hungry Fey father, Pandra Parthen lashes out one fateful night and inflicts an unspeakable cruelty on Vârcolac warrior Thomal Costache, unknowingly binding herself to the vamp for life. Now she is stuck forever with a man consumed by the need for revenge. Thomal remains entrenched in rage while over time Pandra grows to want a real marriage. But when she is unable to break through his forbidding walls, she seeks to release him from their bond…and the only way she can do that is through her own death.

One of the most dangerous of the Vârcolac warriors, Mixed-blood vampire Thomal Costache oozes sex appeal on the outside while concealing darkness within. His obsessive fury is only shaken by Pandra’s imminent death, when he realizes he’s been ruled by anger for reasons far deeper than her abuse. But now Pandra is trapped where no one has ever escaped, and Thomal will have to call on all his fighting skills to save her. Dying is a given, but he’ll risk everything to get what he wants above all else: a second chance. 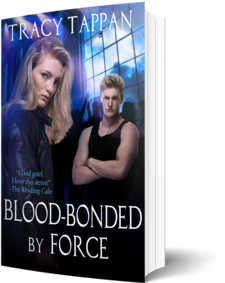 The writing is out of this world good.

Ms. Tappan weaves an intricate storyline with multi-faceted characters that you can’t help but love… or hate… or hate, then love, lol.

This is by far the best of the series so far. It packs a huge punch from the very beginning sucking you into the world and into the characters' heads immediately. It sent chills up my spine and I had to read a few scenes more than once - THATS how intense it is. Tracy beautifully guides the reader through heartbreaking and maddening situations and shows us that just because there is a light at the end of the tunnel doesn't mean all wounds will be healed by the time we reach it! But there's hope!

Very nicely done and I cannot wait for the next one!!!! 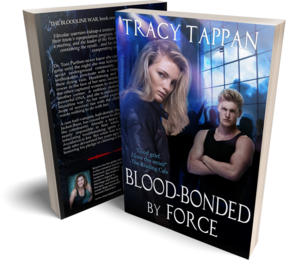 Such a Great Series - Love the Characters

The whole series is wonderful but this one is the best, so far. I laughed out loud and I cried too. I love these characters. I am soooo looking forward to the next instalment. 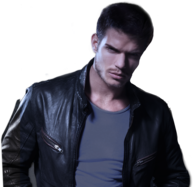